Final inspection conducted. The construction of the industrial area for production of electric cabinets is completed.

On 31 August 2020, a ceremonial approval was held for the completion of the project for the construction of an industrial complex forproduction of electric cabinets by EUROSOFT-Control and INTERSOFT-Automation. In their speeches, the co-owners of the companies, Mr. Martin Pašek and Mr. Branislav Mózer, mentioned the moments that were crucial for the decision to start building at the new address in Pilsen-Černice. In 2014 the decision of the new construction was made and after the building permit was issued, the construction began within two years. 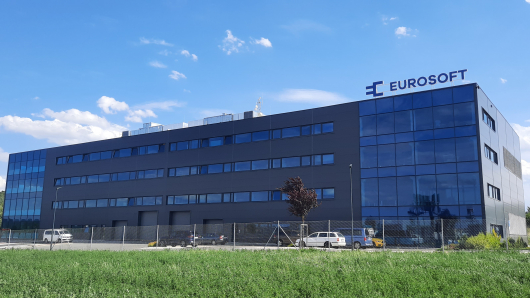 "At first glance, the buildings are similar, but you can still find a lot of differences between them. EUROSOFT also deals with automation therefore you will not find, unlike the other building, switches on the walls. The lights in our company are controlled by an information system. The sizes and numbers of offices are also different, "said Martin Pašek, director of EUROSOFT.
At the end of their speeches, thanks were also given to all workers. Construction would never have taken place without workers´ quality work and their compliance to simple rules.

What are the rules?
Set a goal and follow it.
Don't be afraid to solve problems. Face the problems. First think about the problems and then solve them.
Whatever you do, do it properly. If it is possible, do it even better than others.
Keep the word. 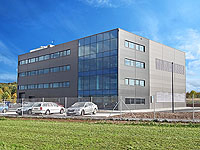 We supported the Czech Association of Victims of Traffic Accidents

We're always on the road. Whether it is a journey to work or to clients abroad, we are very deeply hit by the accidents we sometimes encounter on the way. Statistics show that a lot of accidents...
30. 6. 2019

In autumn of 2017 our company moved from insufficient space in Štěnovice to a brand-new hall in Pilsen Černice. The hall for production of electrical cabinets has 2 520 m2. &nbsp;The total area...
1. 3. 2019

EUROSOFT is the third most successful company in the Pilsen region

„Diamonds of Czech Business“ - it is a project of COT media company whose primary task is to evaluate the most successful business units according to their economic outcomes. Companies with...